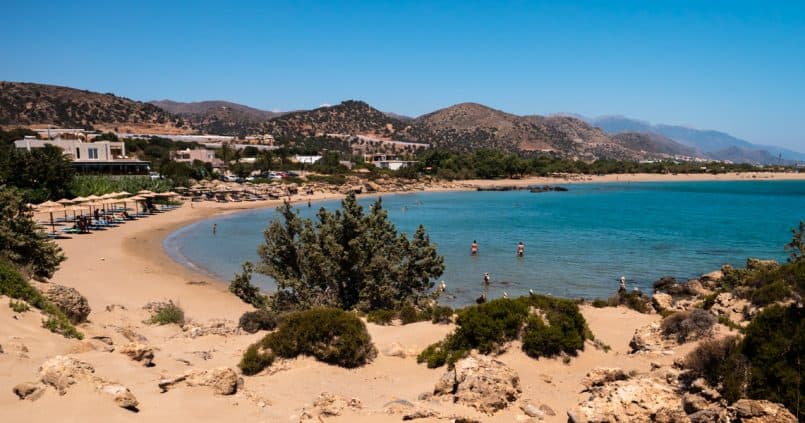 Nearly Time to Move on

With only two full days remaining in Palaiochora, we decided to spend today back at Grammeno beach and tomorrow at the local beach. A decision that was made, in part, because it was a little breezy again today. Nothing as bad as when we first arrived, but a bit of extra variety seemed to make sense.

After breakfast, we stopped off at the bakery in Palaiochora to pick up some water (and doughnuts for Mum and Dad!) then made the short drive to the beach.

The majority of the day was spent sunbathing in our usual spot, sheltered by the nearby rocks. I had another swim around the bay and we ate lunch at the campsite cafe. This time I ordered a cheeseburger, which wasn’t great – the kind of food you’d expect from a mobile van at a fairground – but it was edible and pretty cheap.

We left the beach around 3 pm and spent some time chilling at the hotel, then met again at 6 pm for what had become something of a routine early-evening coffee/cocktail time. For dinner, we returned to El Greco where we had eaten on our third day. I had the same tempura shrimp starter which was nice, but my main course of linguine al fredo was a touch bland and there was way too much pasta for me to get close to finishing it.

With limited time left of Mum and Dad’s trip, we decided to stay out for more drinks rather than going back to the hotel. A local wine bar called Monika’s Garden is where we ended up, trying a couple of nice glasses of different wines. It was a pleasant setting, though rather quiet so lacking a bit of atmosphere.