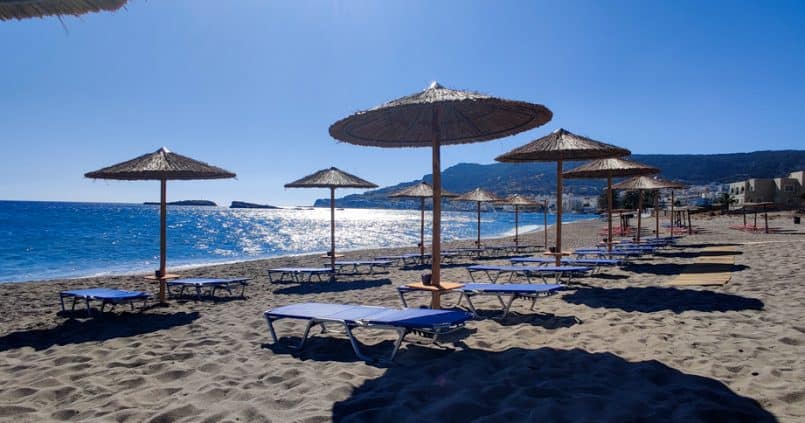 I’m afraid to say that today’s update is going to sound an awful lot like yesterday! I didn’t yet have the urge to explore outside my resort and so I ended up back on the beach for another day of sunbathing.

Before dinner, I spoke to reception and extended my booking for an extra night (to 5 nights instead of 4). My original plan had been to move on to Chalki on Saturday, and from there to Tilos, thereby circumventing the larger, tourist-heavy island of Rhodes. However, the Chalki ferry leaves very late on Saturday evening and doesn’t arrive until the early hours of Sunday morning, meaning I would be without a room most of the afternoon/evening and paying for a room on Chalki that I would only get to use for a few hour’s sleep. Combined with the fact that I wasn’t desperate to see Chalki, I opted to visit Rhodes instead and will be heading there on Sunday morning.

Realising I needed to make plans to explore the island, I visited a car rental shop (Billy’s just opposite the mini-market near the bus station) and reserved a small car for one day for Saturday 24th July. It cost €50 which seemed a little steep, but I had asked for prices at a couple of other places and they were all around the same amount. I also decided that I would take a bus tomorrow and explore a different resort, so at least my next update should be more exciting than today!

Having had a large club sandwich down at the beach earlier, I wasn’t massively hungry at dinner time but decided to find a taverna anyway just to give me something to do for the evening. I ended up at Ellenikon, not far past Acropolis where I had eaten the day before. Instead of ordering a light dish, I ended up choosing the chicken schnitzel parmesan which turned out to be a massive portion of spaghetti with a large chicken breast on top. Despite my best effort, I could only finish half of it and left feeling rather guilty at wasting so much food.

To alleviate my guilt, I walked down to the cocktail bar from my first night and had another Mai Tai, then sat for a while people watching as the sun went down.