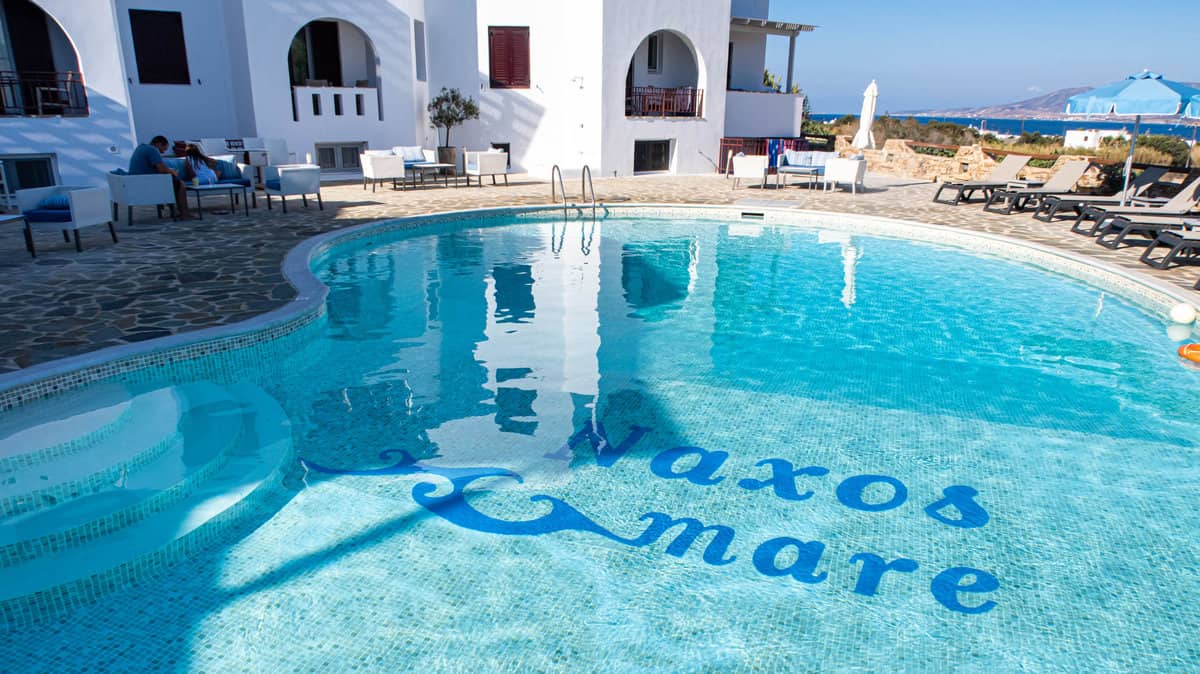 Today was my last full day of the trip. I decided to get moving early and head down to Mischa Beach Bar on Plaka beach. It’s about a 4.5k walk from the apartment. I set off just before 8 am, so it was pleasantly cool outside and made for a nice morning stroll.

The walk took about 45 minutes, slowed down a bit by most of it being on soft sand so I gave my calves a good workout. Arriving at Mischa’s, they were still setting up for the day so I couldn’t get any food or drink straight away. Instead, I had my pick of sun lounger and laid down to read and sunbathe for a while.

The bar opened at 10 am, by which time I was pretty hungry and in need of caffeine, so I walked over and ordered a cappuccino and a couple of pastries. The pastries were okay, not amazingly fresh but edible, but the coffee definitely hit the spot! Other people had started to arrive at this point – mostly families – and it was getting a bit noisy for my liking, so I decided to pack up and see if I could find somewhere better back towards Agia Anna.

At the top end of the beach, I found a pool bar/apartment called Peppermint which seemed nice and wasn’t too busy, so I took a space by the pool and bought some water and a Coke to stay hydrated. By lunchtime, I was pretty hungry after such a light breakfast, so I packed up and went in search of food. I ended up back at Banana again, this time having a nice ham and cheese toastie followed by a huge waffle with strawberry and caramel ice cream.

After my waffle had digested a bit, I made the walk back to the apartment (sweaty again in the heat of the day), and after dropping my bag back in the room, went straight out to the pool for a cooling swim. I got chatting to a couple of girls who I’d seen arrive while I was swimming and we swapped holiday stories. They had just arrived from Paros and it was their first time on Naxos, so I offered them some suggestions on things to do and how to get around. It was nice having some company again, and they agreed to meet later on for some drinks in the town. I sunbathed for a bit longer, then went back to the room to cool off and rest for a while.

As I was arriving in the town, I messaged the girls to see if they had dinner plans, and we arranged to meet near the beach front to get some food. As they had no preference on a restaurant, I suggested Avli as I’d had such a nice meal there on my first night. They seemed to enjoy the food, and this time I had a chicken dish with penne pasta and lots of garlic! We then went to Banana and shared some wine, chatting the evening away. When it got late enough, we walked back to the apartment and said our goodnights.