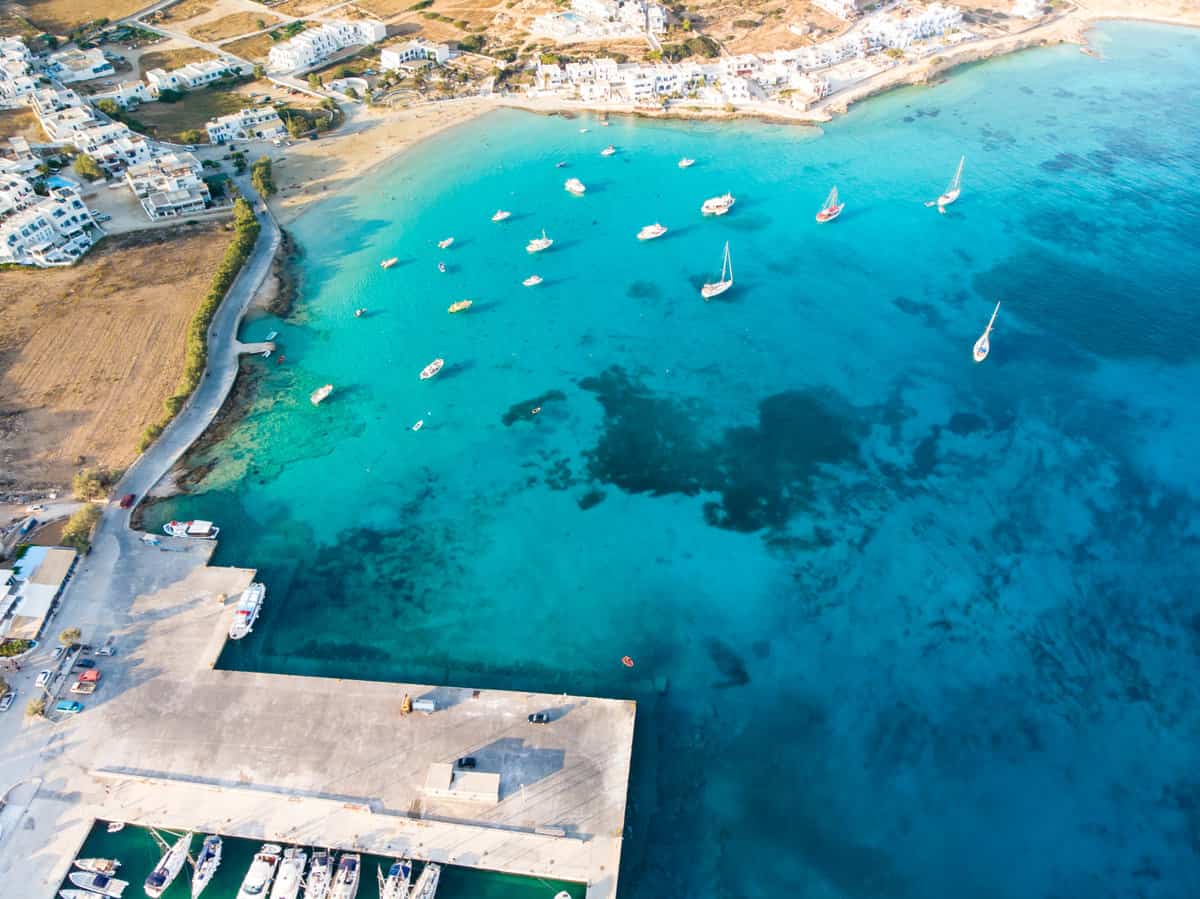 Saying anything about Koufonissi feels a bit like giving away a secret that you’ve promised not to share. I first visited in 2018 after seeing photos of the island online and not quite believing they could be real. Was this a tiny jewel hidden in the middle of the Cyclades? Or would the reality prove to be totally different? Spoiler alert: it is every bit as amazing as it looks.

Koufonissi – or Ano Koufonissi to give it its full name – is a small island. So small, you could probably walk around it in a few hours. As such, it’s not the kind of place you’ll spend a fortnight, or even a week unless you really like chilling out on the beach and not much else. I spent 3 nights here and found it was a good amount of time to see all the beaches and also to visit its neighbouring island, Kato Koufonissi.

There is only really one ‘resort’ – Chora – which spreads out from the ferry port onto the shallow hillside surrounding the main town beach. It’s quite picturesque in a simplistic sense, with just a smattering of white buildings dotting the horizon.

Google lists just over a dozen restaurants in Chora, which should be enough to offer a variety of choices over a 3 – 7-night stay without repetition. My favourite by far was Lavanda e Rosmarino, a superb Italian restaurant with a hillside view:

I chose to stay at Dafnis Studios when I visited Koufonissi. Prices were reasonable, and its location on the hillside but close to the town beach proved to be excellent. It lacks a pool, but so do most hotels on the island and with such a superb beach nearby, you don’t really one.

Since my visit, quite a few new hotels and apartments seem to have sprung up, so there is no lack of choice available. It does hint at the fact the island is getting busier as its reputation spreads.

If you can’t afford to visit the Caribbean or Seychelles – or you simply don’t want to travel that far – but you want golden sandy beaches with glistening turquoise waters, this is probably the Greek island for you. It’s best visited for a few days, perhaps in conjunction with Naxos or even one of the other “little Cyclades” such as Amorgos or Iraklia.

We’re not really aware of any comparable alternatives – Koufonissi is quite a unique island – so we’d definitely recommend putting it on your itinerary. It seems to get busier every year, so we’d suggest seeing it sooner rather than later.

I booked directly with Dafnis Studios after finding them on an online booking site. Going direct enabled me to secure a slight discount over the advertised price. The owner, an…

Day 8: Heading back to Naxos

I continued the theme of waking early and decided to make the best use of my last few hours on the island by getting the drone out again. It’s been…

A visit to Kato Koufonissi was today’s mission. Another early start and good breakfast at Sophia’s Cafe, then I was on my way to the harbour to see about a…

I woke up early despite setting no alarm, feeling relaxed and ready for another great day. My initial plan had been to take a boat trip across to Kato Koufonissi…

Today was my last day on Naxos (until I return on Sunday, anyway!). My next destination was the small and beautiful island of Koufonissi – I haven’t visited before so…