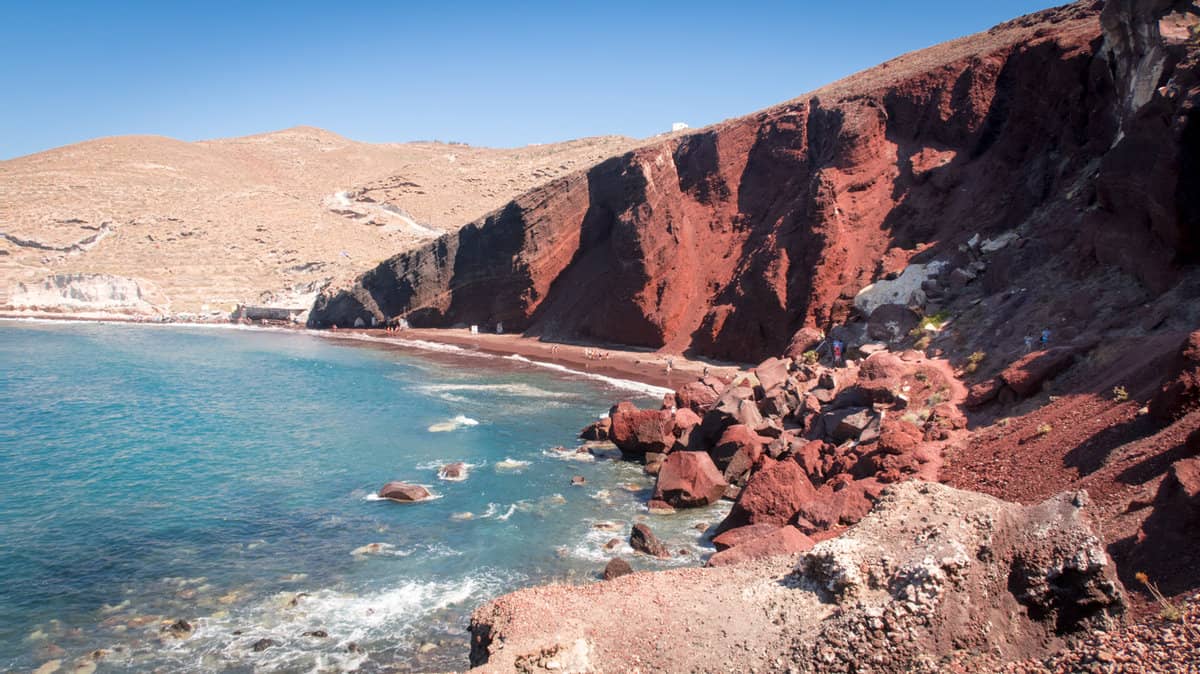 As usual, I woke fairly early so I got up and headed down to breakfast shortly after 8 am. The buffet consisted of all the usual options: cold meats, cheeses, bacon, scrambled eggs, beans, yoghurt, bread etc. plus a tea/coffee machine and water and fruit juice dispensers. I must admit to being a bit disappointed with the quality of the food though, especially after the decent buffet dinner last night. The bread I had was quite dry and bland; the orange juice wasn’t fresh and tasted very strong (I had to dilute it with extra water to make it drinkable), and the yoghurt didn’t seem like the usual Greek variety and refused to mix with the honey at all. Still I managed to eat enough to satisfy my hunger, and a few cups of tea helped get me ready for the day ahead.

I had planned on visiting Akrotiri today so after packing a bag with my camera, water and extra sun lotion, I walked down to the bus station and got on the 9:30 am bus down to Akrotiri on the southern end of the island. The bus takes about 30-40 minutes with a few stops along the way, but you get some good views of the island.

We got dropped off right outside the archaeological site and it cost €12 to get in and see the excavations of the Minoan Bronze Age settlement that has been on-going since 1967. Although I enjoy visiting ruins and learning more about ancient Greek history, I was a bit disappointed with Akrotiri – they’ve erected a huge building to cover the entire excavation, which means inside there are metal pillars everywhere to hold the roof up, and just something about it being indoors seemed to take away some of the effects. I guess for people more keenly interested in the Minoan settlement it might be worth seeing, but I came away feeling like it wasn’t great value for money as it only took about 30 minutes to walk around, even at a leisurely pace. 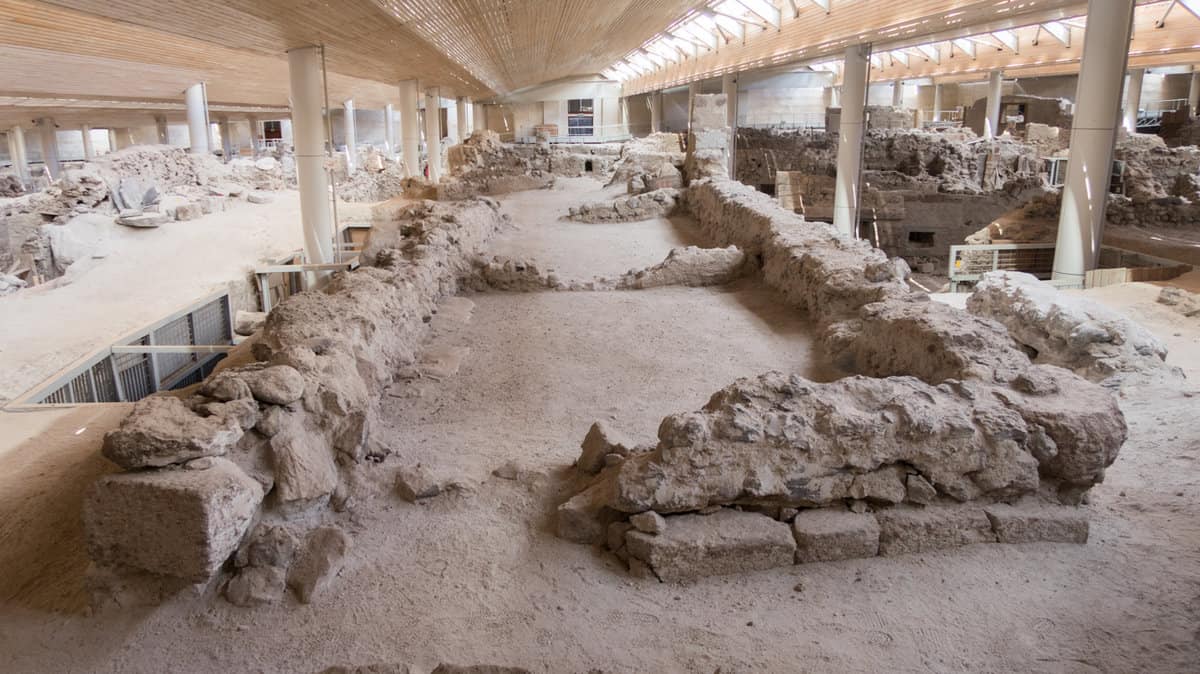 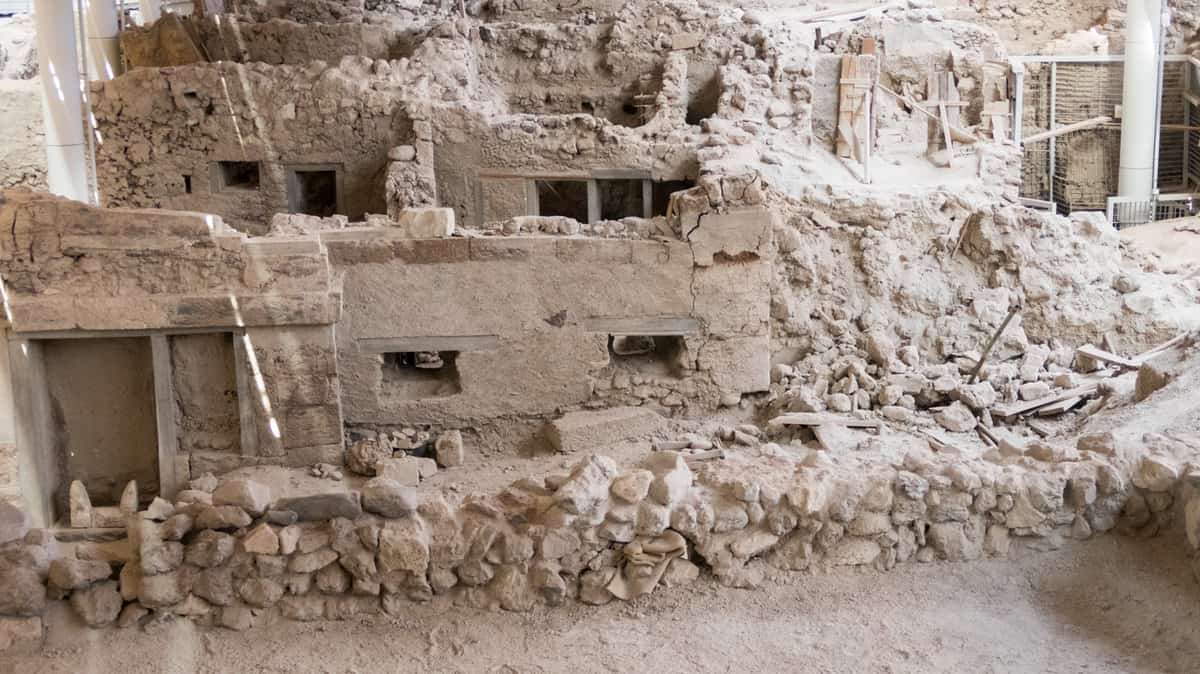 The excavation site is large but doesn’t take long to see it all.

Afterwards, I walked first down to the small beach on the south coast at Akrotiri which has black sand typical of the island: 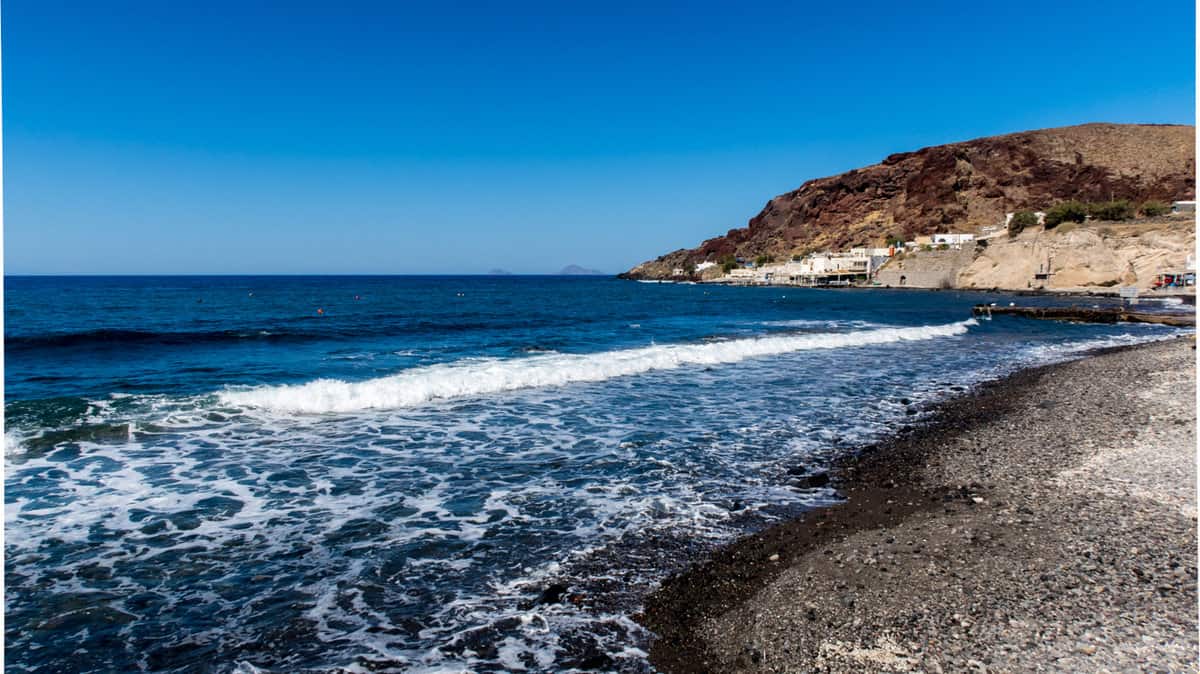 Then I took a slightly longer walk to the “red beach” a bit further west, which as you might guess is famed for having red sand:

I then headed back to the archaeological site and waited for the bus back to Fira. As it was nearly lunch time and I’d only eaten a light breakfast, I found a nice looking snack bar called Nick’s Grill just a short walk into Fira from the bus station, where I sat and had an excellent pork gyros and a cold Sprite! I then walked down towards the caldera rim to get some typical tourist photos of Santorini. 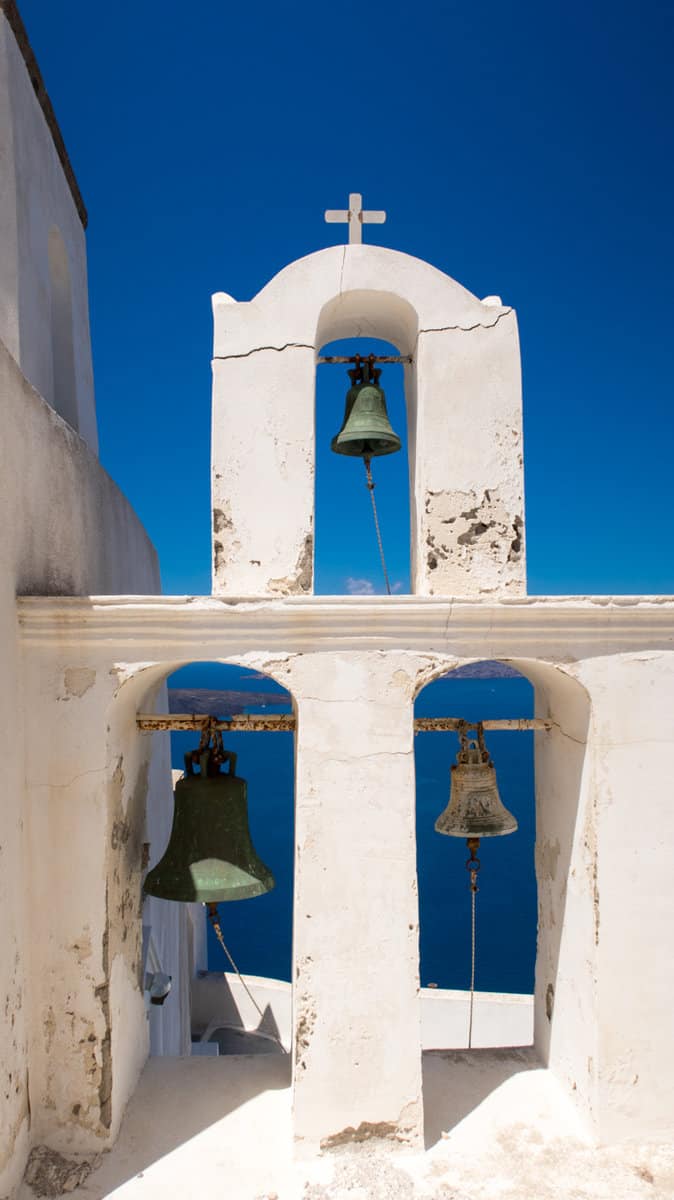 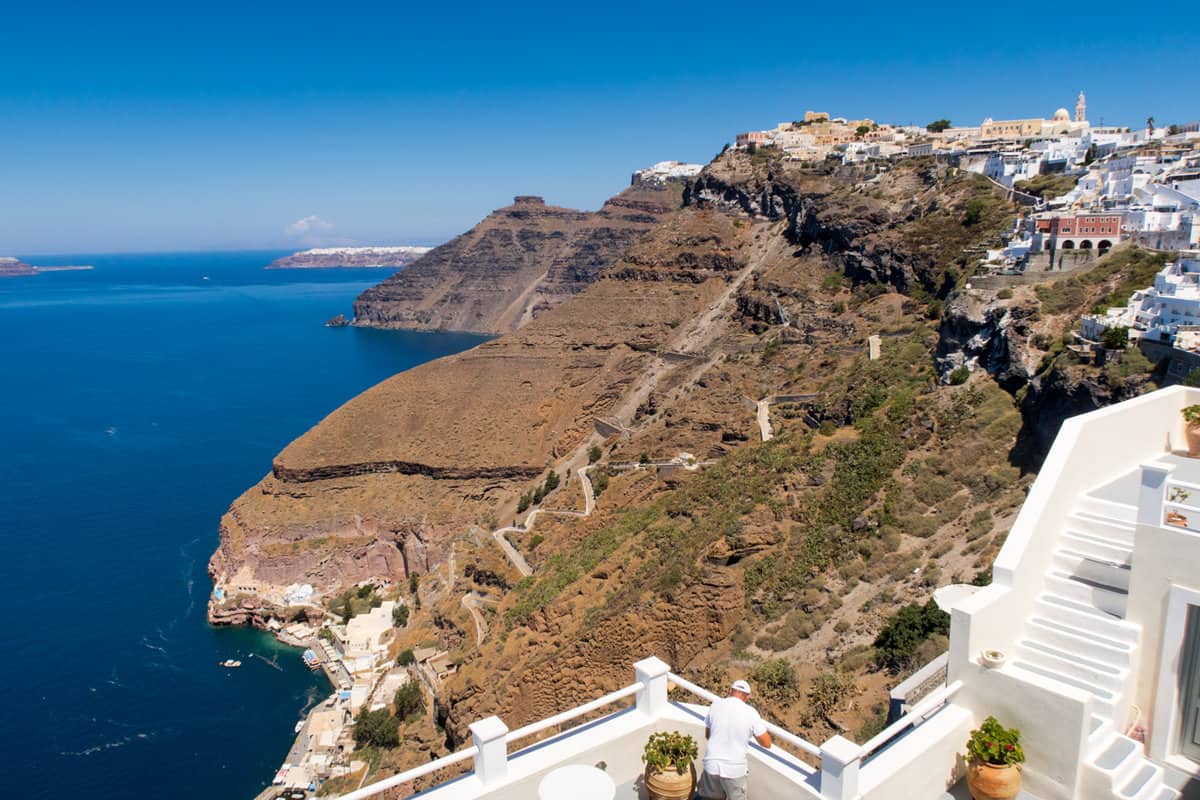 The zig-zag steps down to the old port where you can still catch a boat to the smaller islands dotted around the caldera. 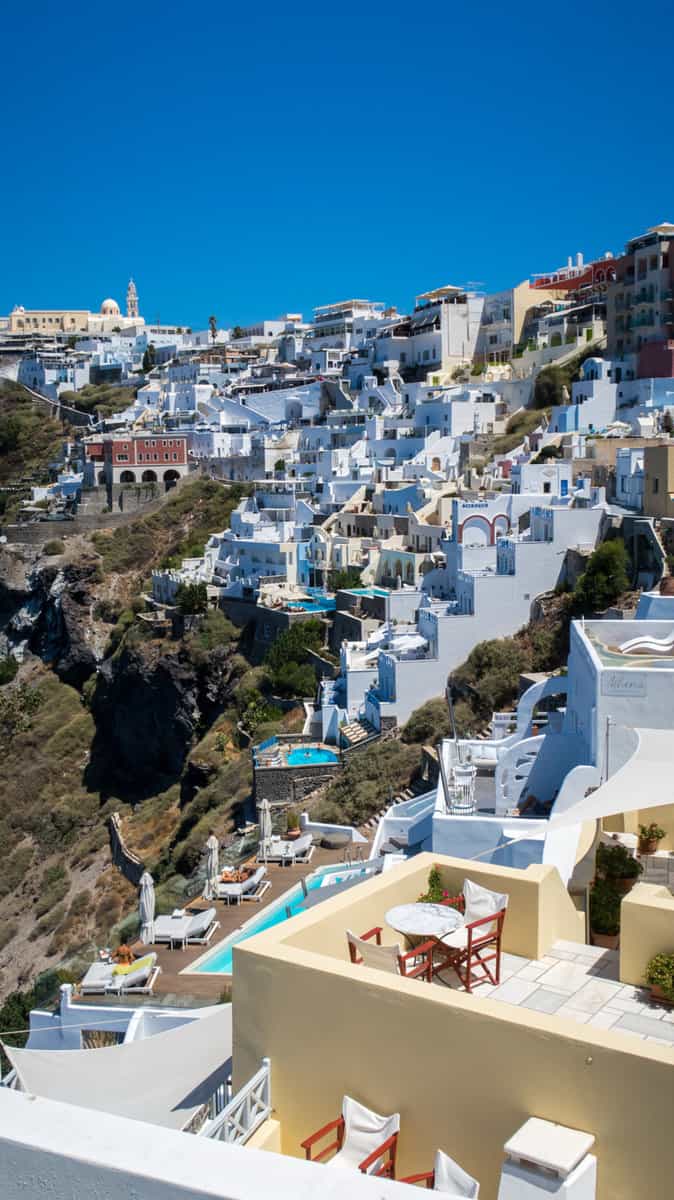 The most expensive hotels tend to be those which cling to the side of the caldera, offering unrivalled views from the comfort of your own pool! Just hope there are no landslides…

Photos taken, I strolled back to the hotel and made use of the pool and sun loungers on my doorstep, before going back to my room to cool off and rest for a bit.

In the evening I walked into Fira and picked a random restaurant for dinner. I had a moussaka again which was pretty good actually but not quite as nice as the one on Tinos! I then strolled leisurely back to the hotel for an early night. 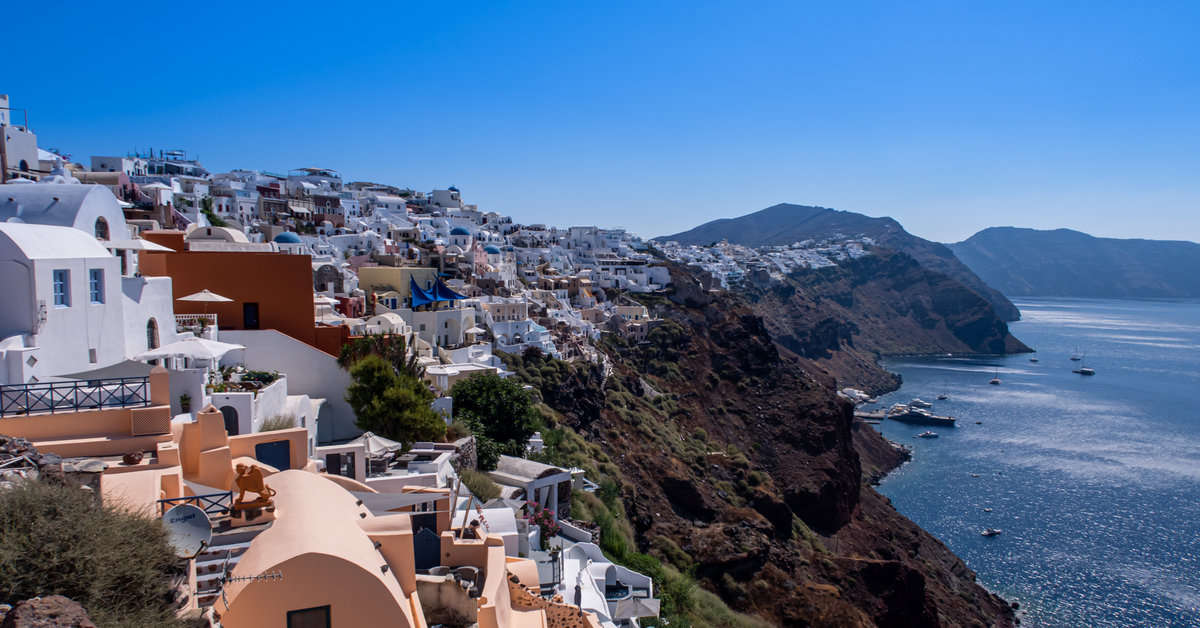 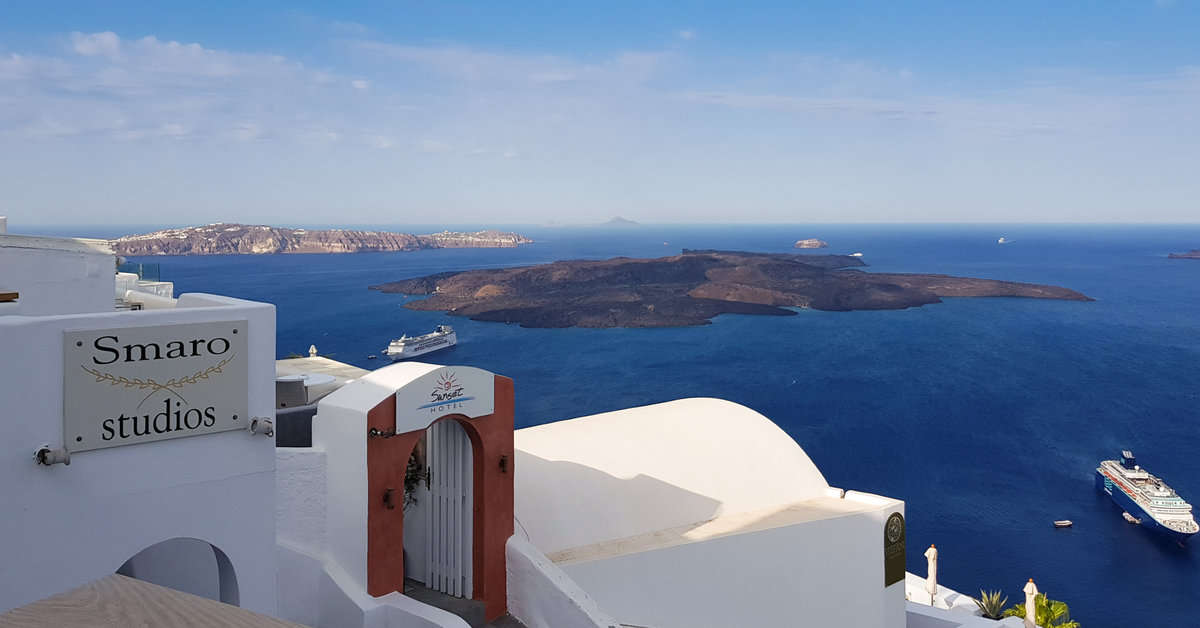