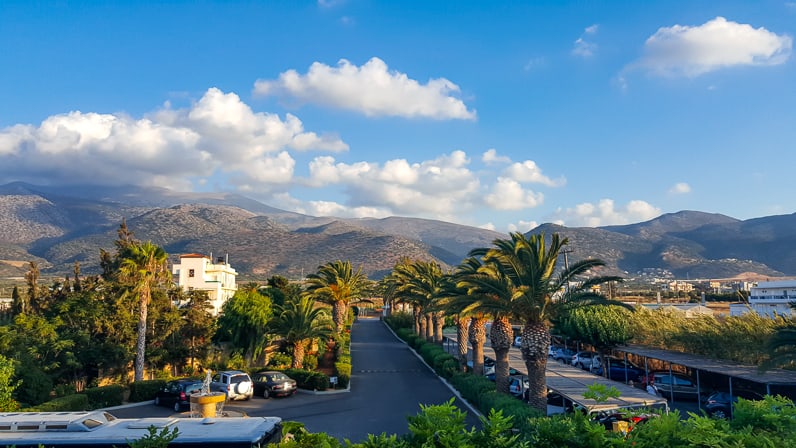 I booked a week here through Thomson Holidays who advertise Cretan Malia Park as being a 4-star plus hotel. Coupled with some overwhelmingly positive TripAdvisor reviews, I arrived with high expectations.

As the only person from my flight arriving at the hotel, check-in was quick and friendly. However, I was told that the room I would be staying in the first night was an upgraded pool view room and that I would be moved to the single room that I’d booked the following day. They didn’t explain the reasons for this but I can only assume their occupancy was high and there had been some mix up with the availability. Anyway, they were apologetic and since I was travelling alone and it was just the first night I saw no reason to make a fuss, so I agreed to switch the next day. My case was moved for me and when I went to reception to switch keys they did give me a free lunch voucher to eat at the beach restaurant (which is discounted for all-inclusive guests, but not free).

The first room was nice and indeed had a great view of the lazy river pool and towards the beach. The 4+* rating though is slightly misleading and I think you have to take in the ‘Greece factor’ because, although the room was clean and comfortable, it is by no means luxurious and guests who have stayed in 4- or 5-star hotels elsewhere might want to bear this in mind. The bathrooms, for example, are quite compact and a little basic, though the shower worked very well and it has everything you need. The second room was basically the same but located right at the far edge of the hotel (furthest from the beach) and there was a bit of noise disturbance each morning around 8 a.m. as delivery lorries arrived bringing goods to the hotel – not a problem for me as I’m an early riser, but it could be an inconvenience to some.

The food, again while plentiful at the buffet, is edible and tasty without quite achieving excellence – obviously the fresh bread, salads and fruit are the best of it, and the desserts were also very good, but I found a lot of the main dishes just lacked a little quality in some areas. For example, I love moussaka and this was available a few times, but they insisted on putting some tomato sauce on the top (never had this before in all of Greece) and worst still the sauce tasted like it was from a tin. Underneath though was a perfectly good moussaka! You will not starve though and I’ve eaten far worse, but again 4*+ isn’t quite where it’s at.

I should also mention that this hotel is mainly popular with German guests – I’d say it’s about 80% German, 10% other European and only 10% British at the most. Not a problem for me – I thoroughly enjoyed the daily beach volleyball games despite being the only Brit in attendance – but it’s worth knowing.

So, why after a week there do I miss it so much? The staff really are amazing, every one of them is so friendly and helpful. The grounds are lovely and it managed to have a ‘small hotel’ feel even though it’s fairly large. The beach is nice and sunbeds always available, though the sea is rocky in places there are areas where it’s easy to swim. The animation team are great too, particularly Ludovico with the beach volleyball, great fun every day.

There’s just something very Greek about the place and it has a really relaxed and peaceful vibe so despite my initial concerns, as my last day approached I felt a genuine sadness to be leaving and now I’m home I already wish I was there again. I’m sure you’ll feel the same. 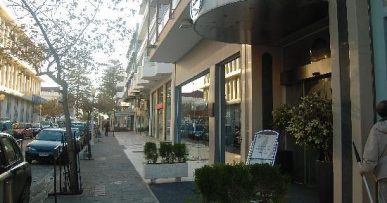 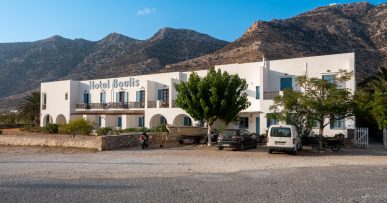