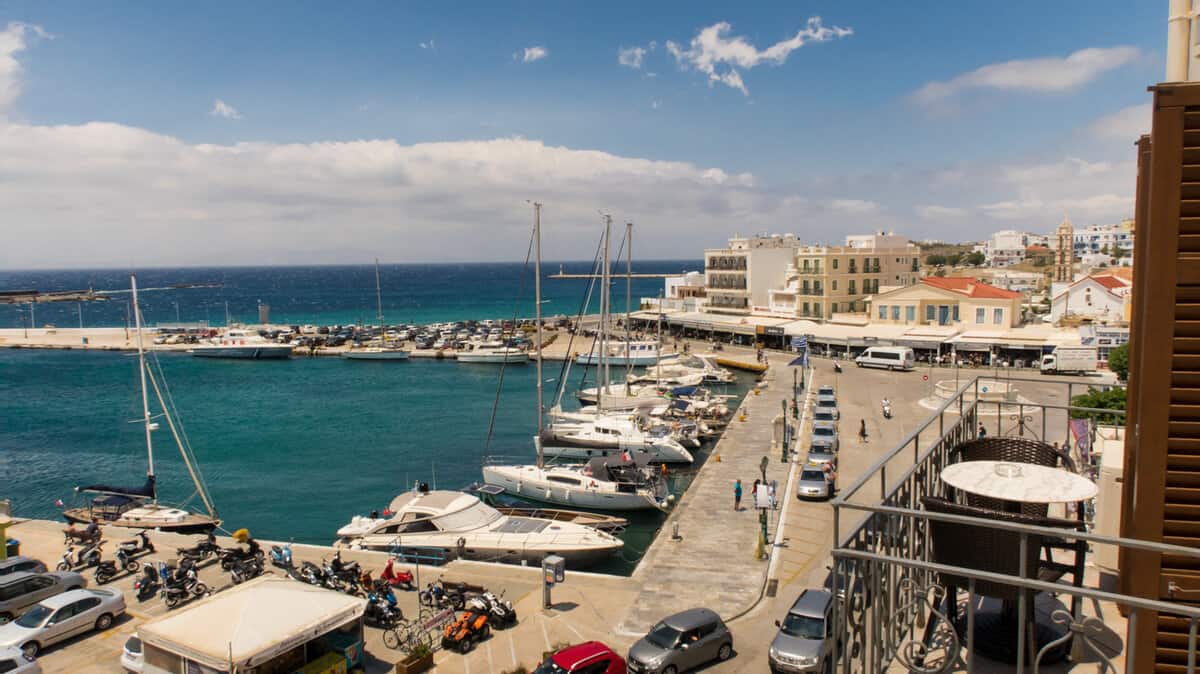 Feeling revived from a good night’s sleep, we ate a light breakfast before packing our bags and heading to the port at Gavrio to catch our 10:15am ferry to Tinos. As usual the ferry was on schedule and 90 minutes later we docked in Tinos harbour. Although it was before check-in time, we both managed to get access to our rooms early – I was staying at the Poseidonio and my friend was next door at the Delfinia. Both hotels are located right in the centre of the main harbour area, and I had an excellent front-facing room on the third floor, offering great views of the town: 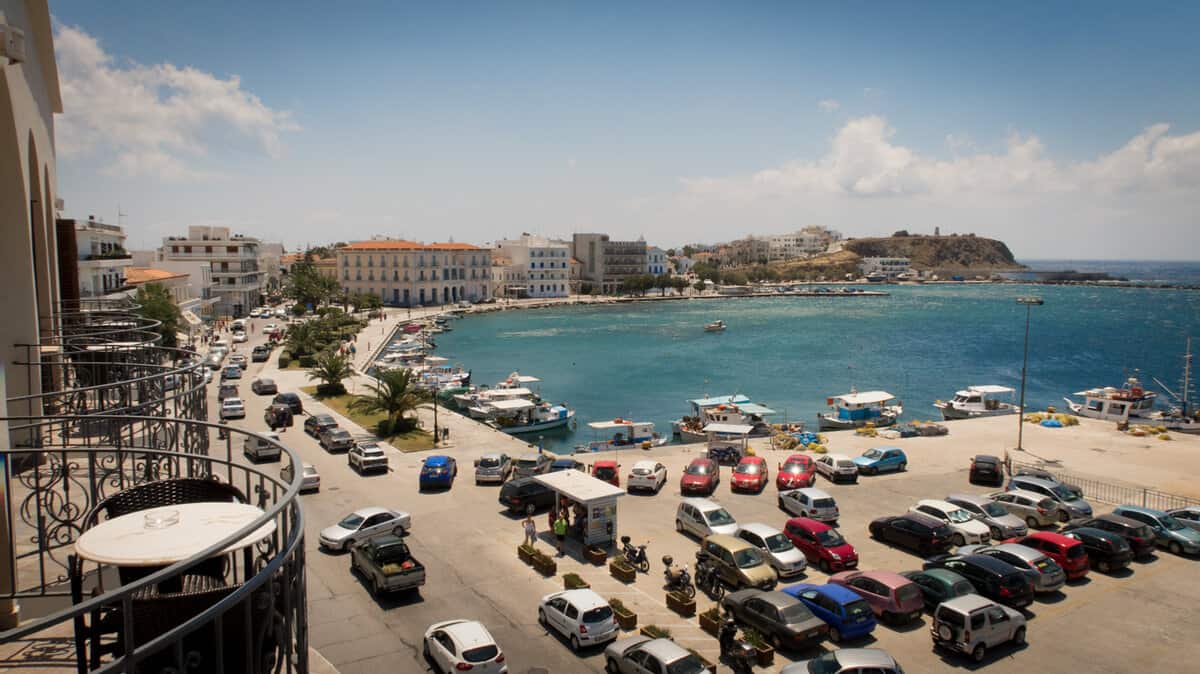 Looking left and right from my hotel balcony. The main ferry port is just behind the buildings in the background of the second photo, a 10 minute walk away.

Once we’d dropped our luggage off, we sat in a nearby cafe for a coffee and light snack, then walked up the famous Megalocharis street towards the important Greek Orthodox church Panagia Evangelistria. On the right side of the street is a small carpeted section where devout pilgrims ascend to the church on hands and knees! 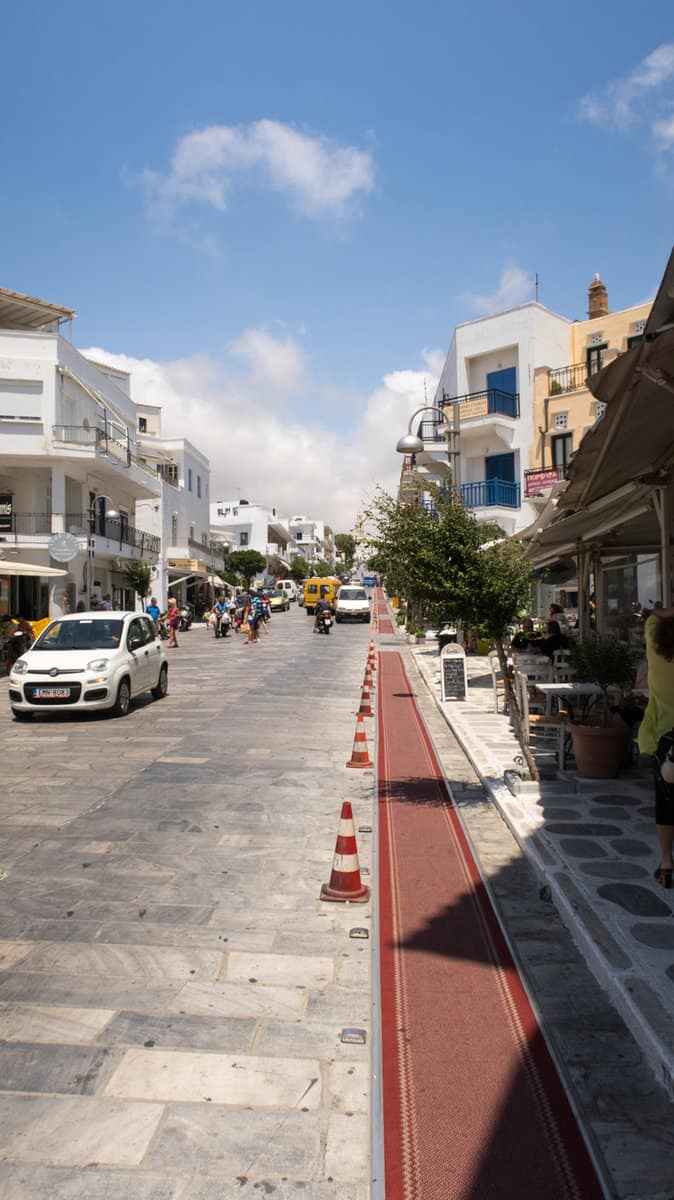 Looking up Megalocharis street with the carpeted section for pilgrims. 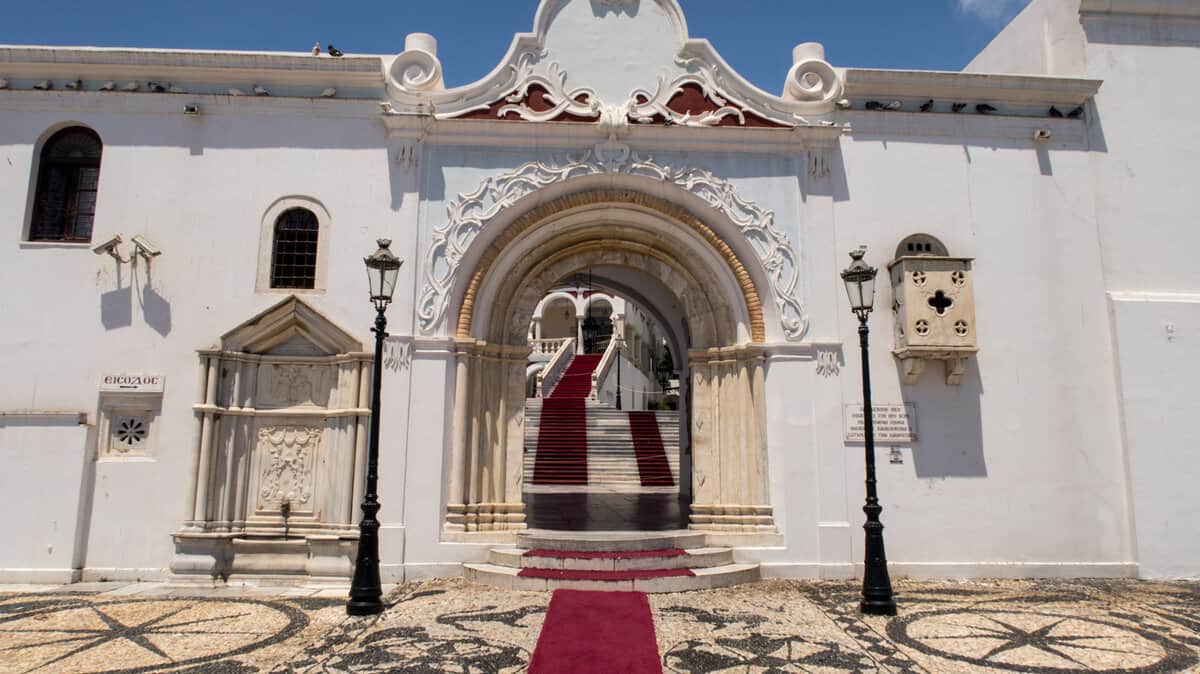 Main entrance to the church. Unfortunately we didn’t have time to look around and I don’t think they’d have let me in wearing shorts and a vest anyway!

As we only had one night on Tinos and still somewhat weary from the long Andros hike, we decided to limit our sightseeing to the nearby ruined castle of Exombourgo (now commonly known as Xomburgo). We found a local bus that passed close to the bottom of the main path up to the ruins – set high on a steep rock outcrop – so the walk was only around 1500m, but at a fairly steep gradient and with lots of steps towards the end. Sadly the day was still a little overcast and VERY windy, so it was a little treacherous at the top but we finally made it and luckily it was clear enough to get some good views of the main town and surrounding countryside: 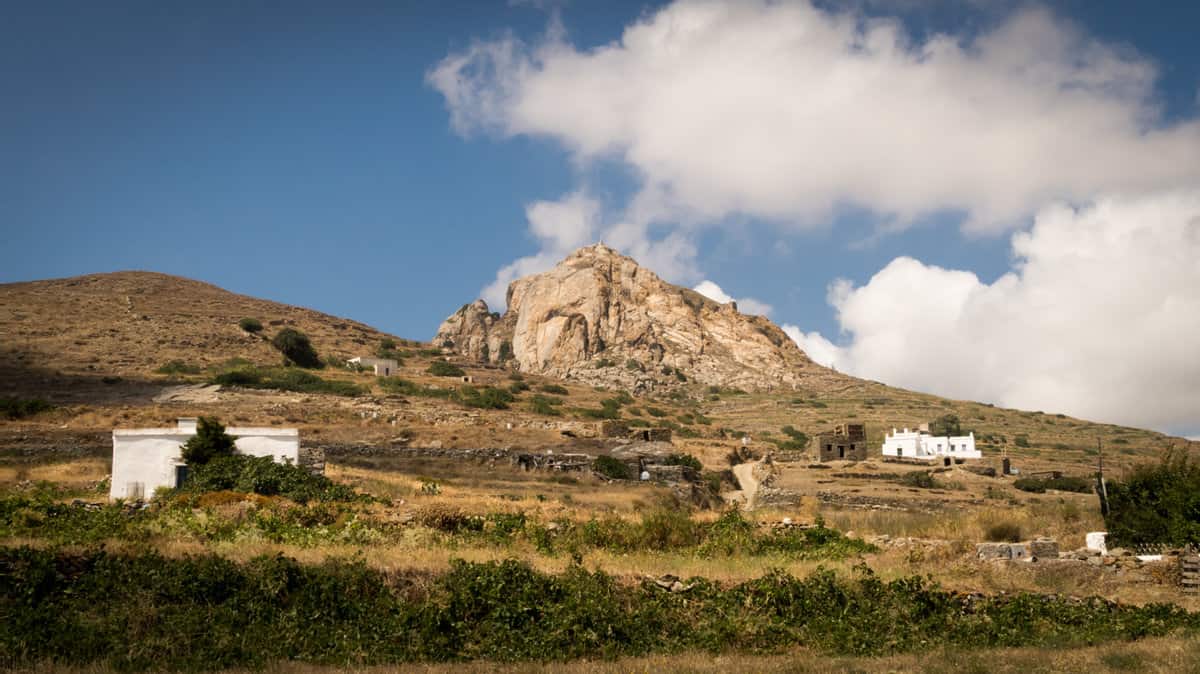 Looking up at Xomburgo castle from the main road where the bus dropped us off. It seemed like a very long way away. The walk was just a couple of km but up a fairly steep gradient. 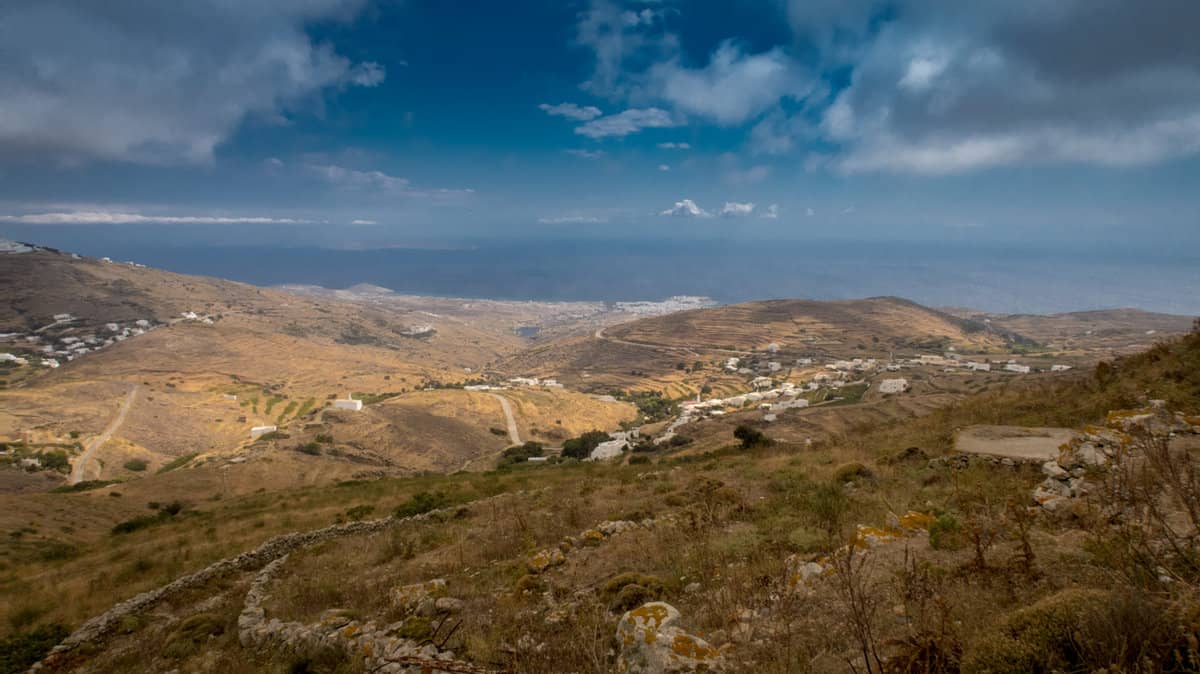 View towards Tinos town taken from the top of the castle ruins.

At the top is a large stone cross (barely visible in the first photo) which is where we were sitting when I took the second shot. With the strong wind, it was quite scary as the face of the rock is quite sheer so it would have been a long drop down! However, we made it safely back and then caught the same local bus back into Tinos town, where we had a nice meal (unfortunately the name of the restaurant escapes me!) and I had the best moussaka of the holiday! (I am writing this over a week later and still haven’t had a better one).

Tinos seems like a lovely place and it would be nice to go back for a longer stay and explore more of the island. We both commented that it was a lot busier than we expected though – many online guides suggest it’s not a popular tourist destination, but the main town was certainly buzzing with a wide mix of nationalities so don’t expect it to be a quiet ‘pilgrim only’ island, not in high season anyway! 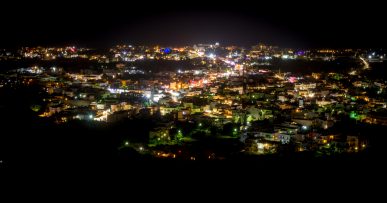 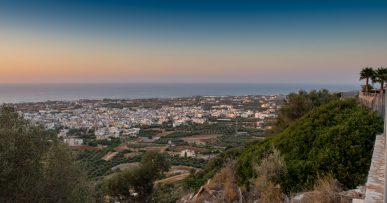