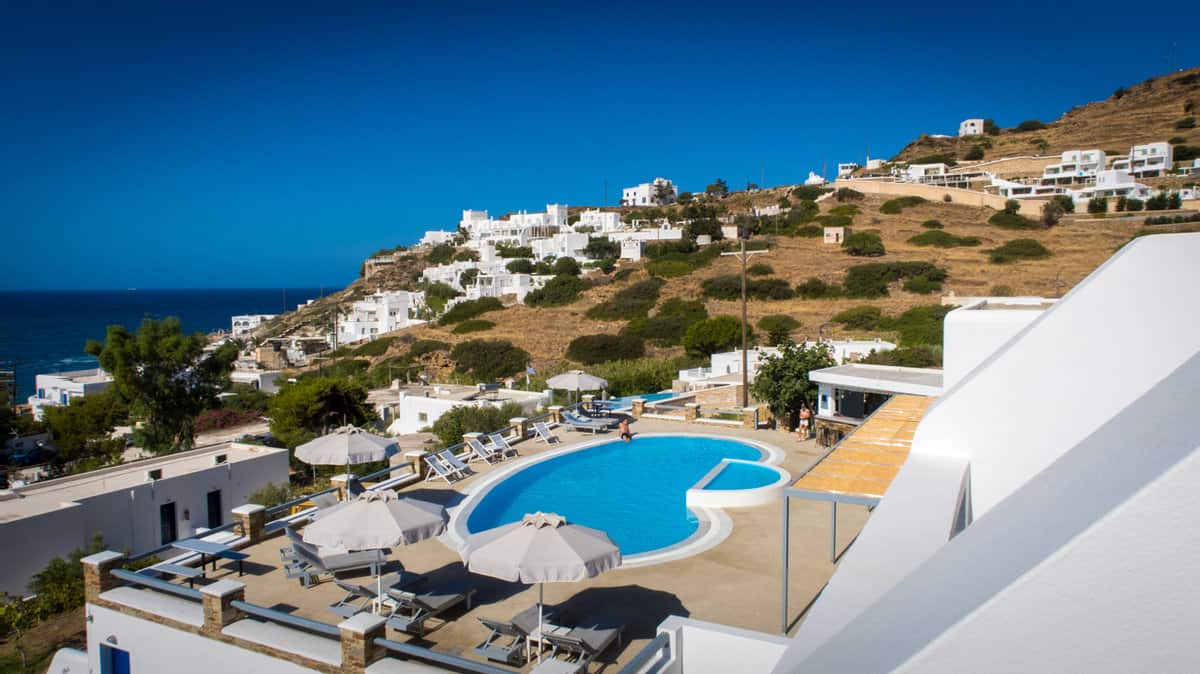 During the previous evening, Anya and Erin had mentioned they were planning on hiring a quad bike to explore the island a bit and said I was welcome to come along if I wanted. I met them at 10 am at a bike hire shop along the main beach and we each hired a quad for 24 hours. I’d never ridden one before but as I ride a motorbike back home I wasn’t too worried and was looking forward to being more mobile and getting to see a bit of the island.

Once we’d sorted the bikes out, got some water and put fuel in at a petrol station near Ios town, we headed north towards the coast and to Homer’s tomb: supposed burial location of the Greek author (though his existence is disputed and apparently even if he did exist he isn’t actually buried there). Either way, it was nice to ride out and took a good 30-45 minutes by quad bike, especially if you get ones like we had that don’t seem to like going uphill at anything above walking pace!

The tomb itself isn’t much to see but there are great views of the northern coastline, and about 5 minutes away is a small beach where the water is nice to swim and cool off. 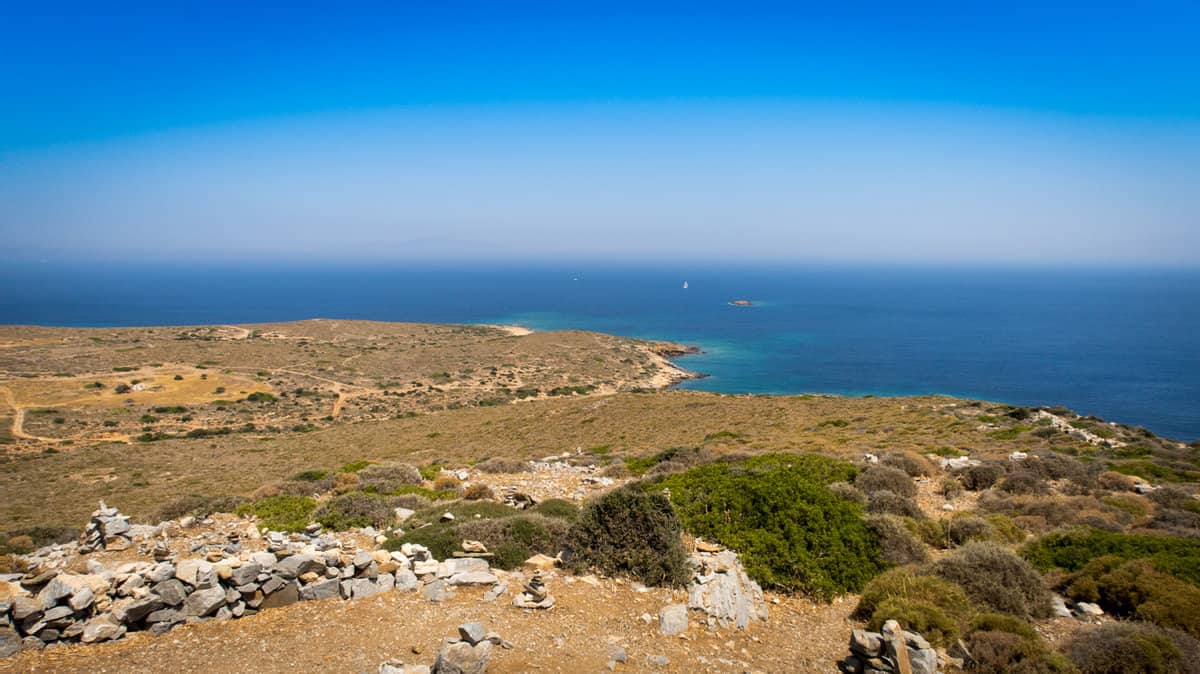 The northern coastline of Ios is quite barren but pretty. 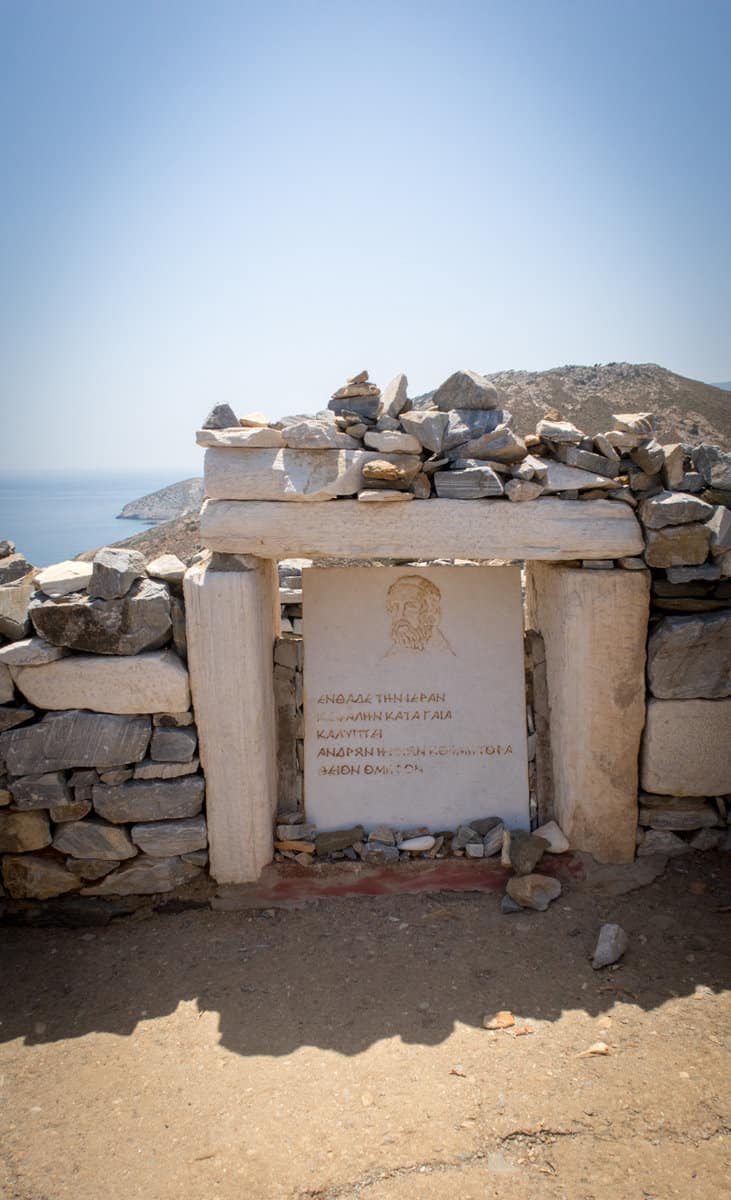 Homer’s tomb is really nothing more than a headstone and some rocks, but the drive there is worth it to see more of the island.

After a relaxing swim in the sea we headed back to Mylopotas beach and the Far Out Village to have a drink and chill out by the pool, then I went back to the hotel to shower and change before meeting the girls again at 6:30pm for dinner – a place called FREE Bar was advertising half-price salads between 5 – 7pm so we met there and each had a nice healthy meal!

As none of us were big drinkers we couldn’t make up our minds whether to go back into Ios town again that night, but eventually decided that as we had the quad bikes we might as well use them to ride into town, have a couple of drinks and chat, then ride back whenever we’d had enough. On the way into town we stopped on the side of the road to take some sunset photos: 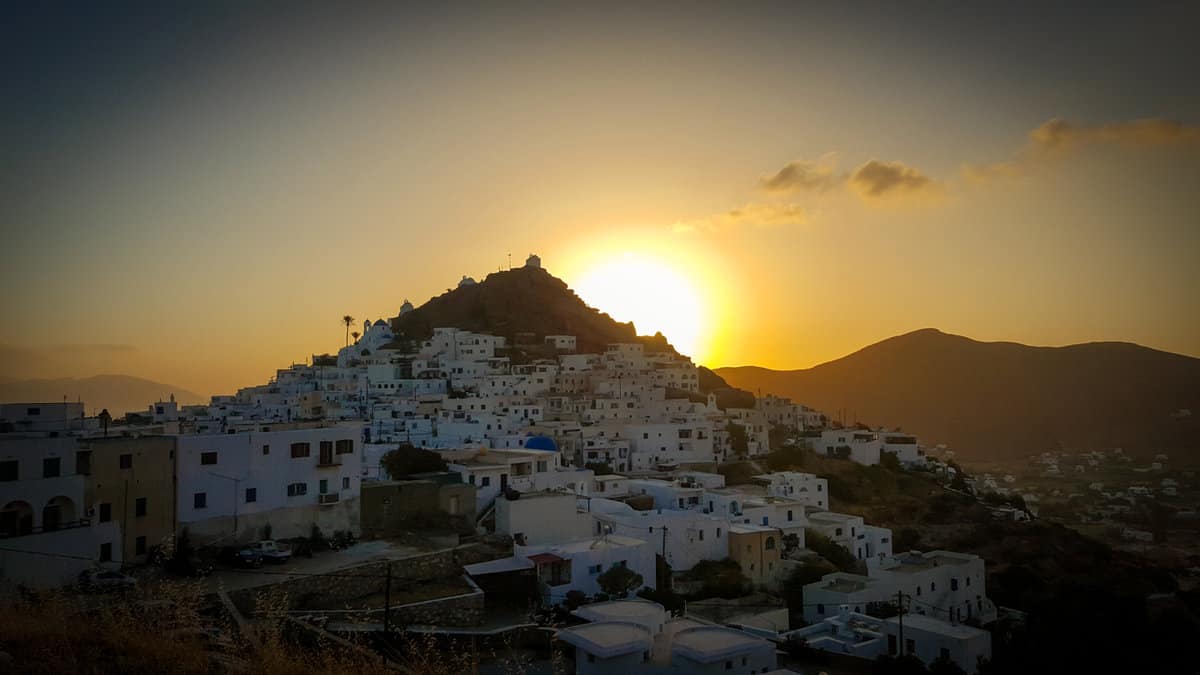 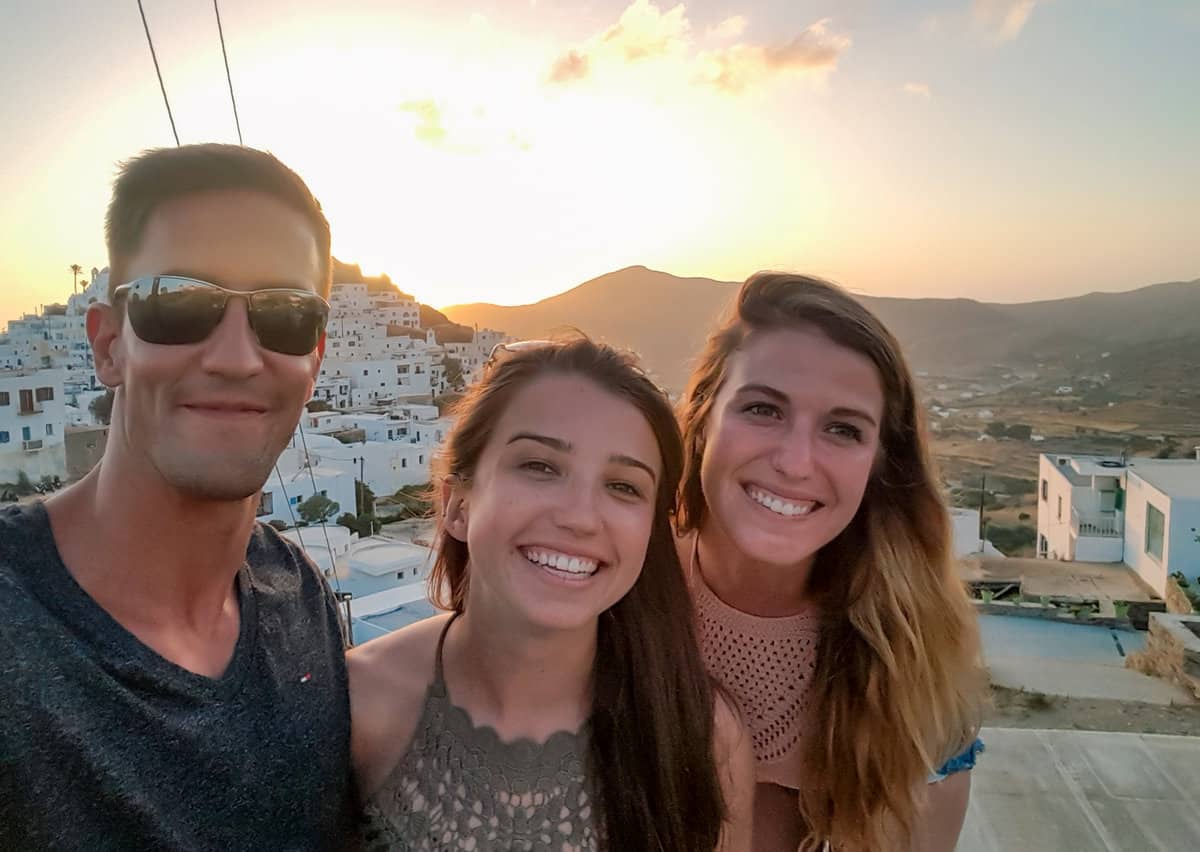 It was still a nice evening and good to be back at the hotel just after midnight for some rest – having the bikes were great but riding in the heat was tiring work! 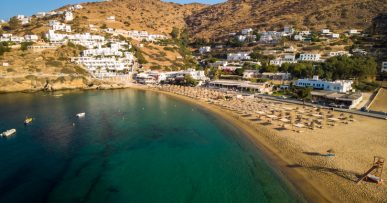