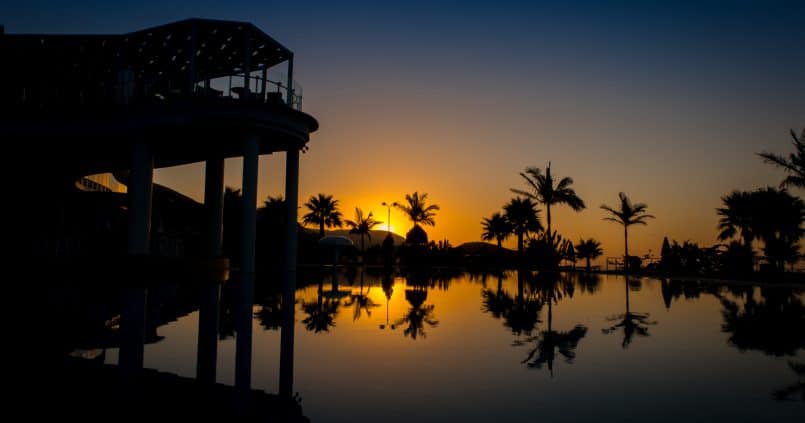 It’s my last day on Santorini today. The ferry to Crete wasn’t leaving until 5:30 pm so I went to reception before breakfast to ask about a late check-out but was told to come back after 10 am when the reservations staff would be available.

Breakfast was the same as usual, then I sat and sunbathed at the pool near my room until 10 am when I went back to reception again to ask about late check-out. Luckily my room wasn’t booked up so they said I could stay there until 2 pm which was nice. With that sorted, I could relax at the pool for longer, and at midday, I went back to shower and pack up my things. Although I had the room until 2 pm, I decided to check out around 1:15 pm and leave my suitcase at reception so that I could leave the hotel and not have to get back too early. I arranged for a transfer to the port at 4:15 pm which only cost €12 and seemed quite reasonable.

I then walked into Fira to get lunch – yes another gyros at Nick’s Grill, too good to pass up! I treated myself to an ice cream and sat in the shade of a tree, soaking up the atmosphere and enjoying my last few hours on the island.

Back at the hotel I had a change of clothes ready (walking in the heat of the day is sweaty work!) and just sat in the lobby reading my kindle until it was time to get the transfer. We arrived quite early, but unusually the ferry – Highspeed 7 – was already docked with people waiting to board. After 15 or 20 minutes we were allowed on the ferry so I got my suitcase stowed and took my seat. Having had a turbulent crossing from Ios I had taken a travel sickness tablet just in case this one was the same, although the sea seemed fairly calm. 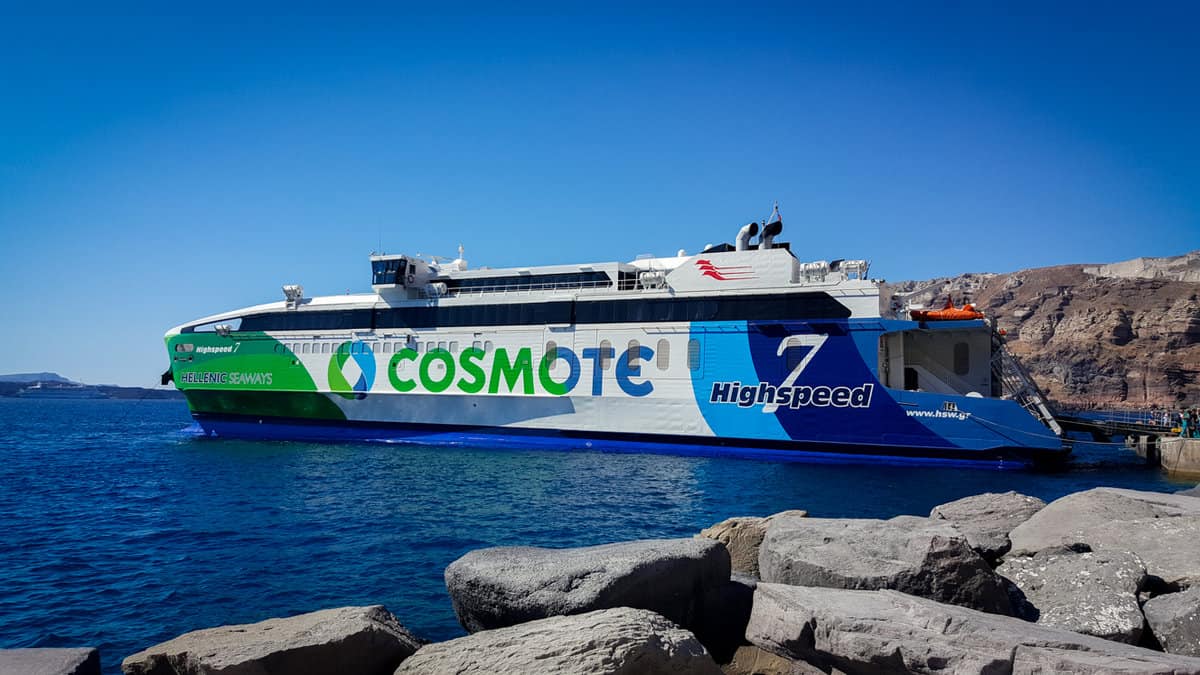 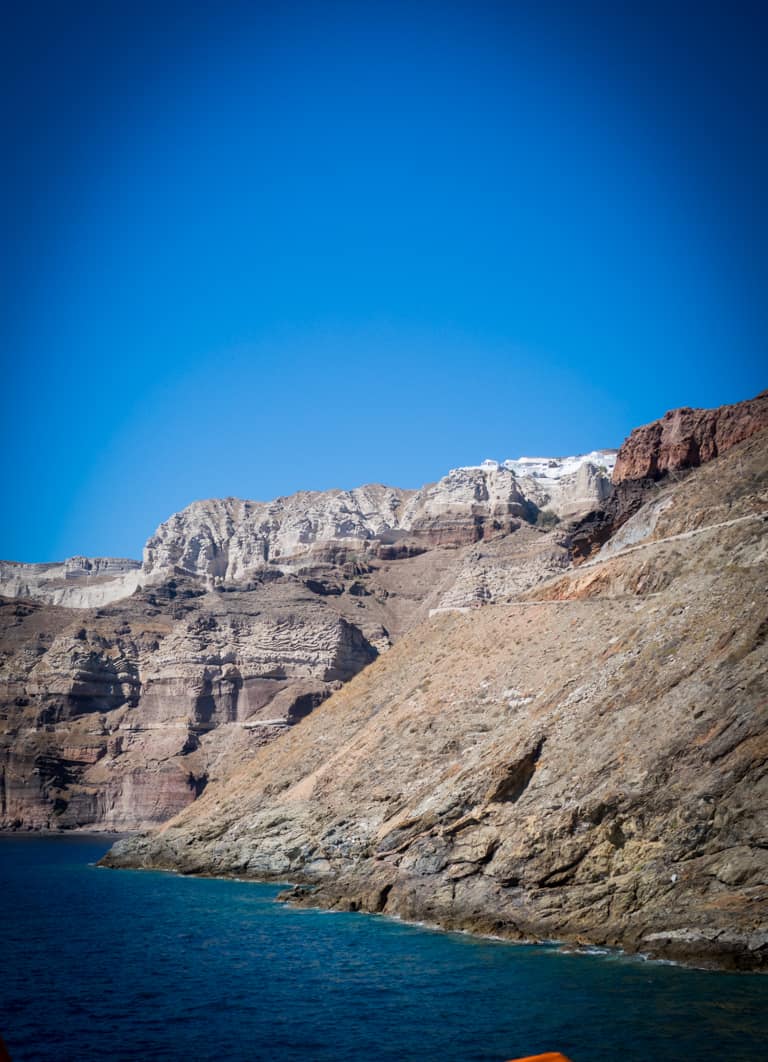 A last view of Fira from the ferry. Santorini is lovely, though a bit crowded for my liking – I’d recommend going outside of peak season. The high-speed ferry to Crete turned out to be a very smooth and quick crossing.

I needn’t have worried about the waves, it was probably the smoothest ride of the entire trip – a combination of the calm water, catamaran ferry design and a tailwind. However, a bonus of taking the tablets and having a beer at the start of the journey meant I had a nice nap for most of the journey, and woke up just 10 minutes away from Heraklion feeling much refreshed!

When I got off the ferry, I’d already researched where the bus station was located so I walked with my case out of the port and to the right, where the bus terminal is just a 10-minute walk away. Inside the station, I asked for a ticket to Malia (€4.10) and the next bus was leaving in 10 minutes so I didn’t have long to wait. The bus runs along the coastal road so took a bit longer than I expected to reach Malia, especially as the traffic through Hersonissos was particularly bad. We finally got into Malia just before 9 pm and I got off at the second stop just in the centre of the old town.

My hotel for the final leg of my journey was the Royal Heights Resort Hotel in Malia. I had considered getting a taxi from the bus stop to the hotel, as I knew the walk was up a fairly significant hill, but seeing no taxis around I figured it was walkable with a bit of enthusiasm. How wrong I was!! By the time I’d got out of the old town it was nearly dark, and the road got steeper and steeper the closer I got to the hotel. I could see lights up in the distance that I guessed was the hotel, but it looked a good long way away and very high up! With no choice but to continue on, I kept walking and eventually made it to the hotel complex – feeling very sweaty and a bit foolish for attempting the walk. When I got into the lobby the receptionist gave me a surprised look and asked if I’d just walked all the way up the hill, and when I said yes she told me I must be crazy! I replied that yes, I probably was a little bit.

After checking in and having a much-needed shower, I managed to get down to the hotel restaurant before it closed, and had a decent meal: a nice selection of bread and dips as a complimentary appetizer, followed by sweet and sour spring rolls and chicken risotto, all of which was very nice.

I then strolled back to my room and almost collapsed on the bed, very much ready to sleep off the day’s exertions. 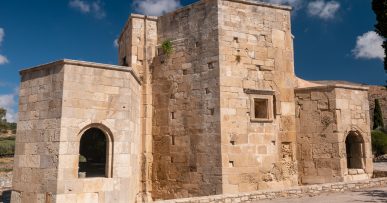 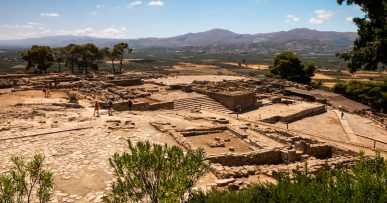